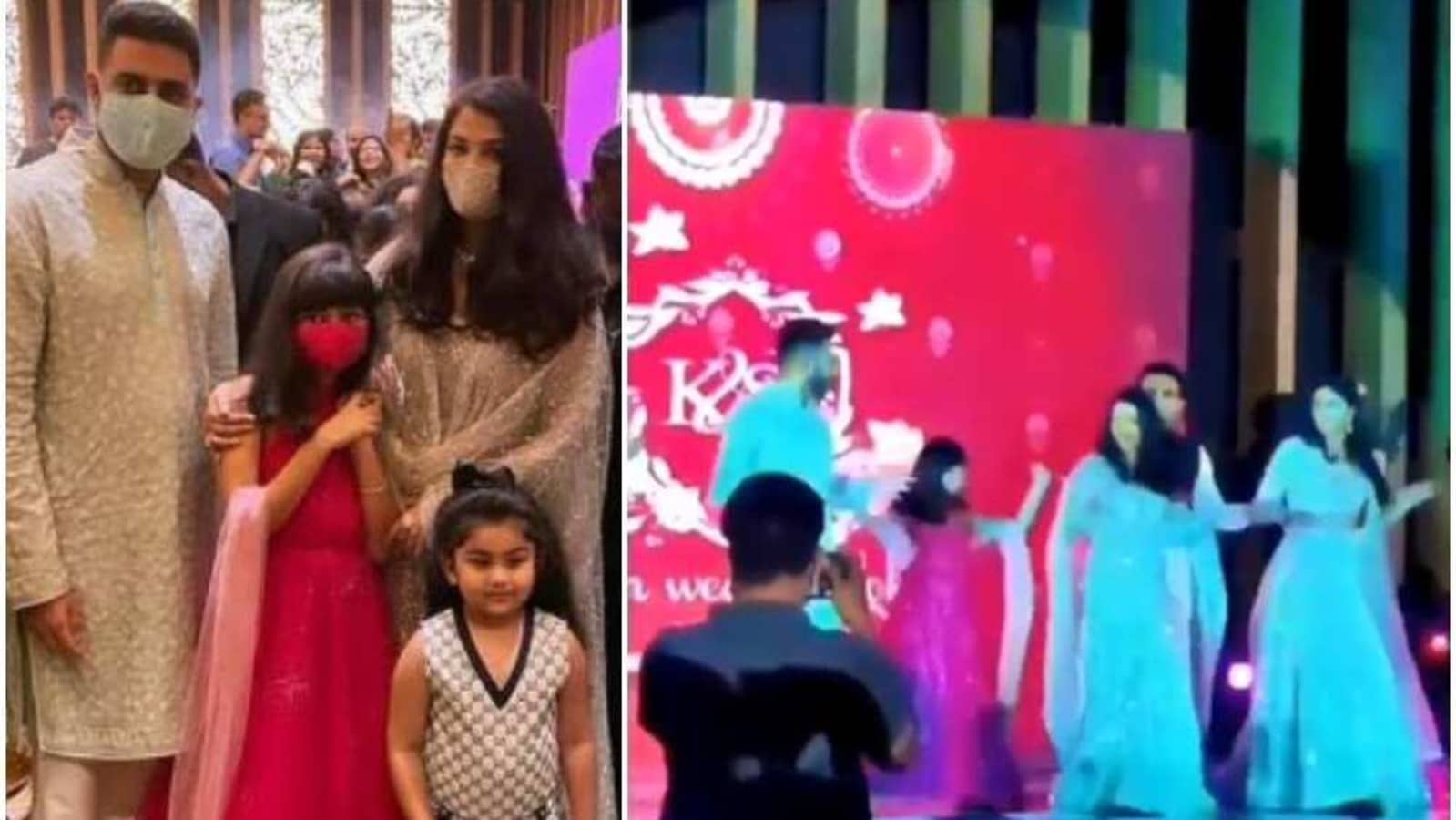 Aishwarya Rai, Abhishek Bachchan and their daughter Aaradhya were seen dancing to his hit song, Desi Girl, at a wedding they attended recently.

In a new video that has landed on the internet, Amitabh Bachchan’s granddaughter Aaradhya is seen dancing in perfect harmony with her famous parents, Aishwarya Rai and Abhishek Bachchan. The little girl is seen matching steps with them as the trio danced to the hit Dostana song, Desi Girl.

On Monday, pictures of the three of them, attending the wedding of Aishwarya’s cousin, flooded the internet. While the couple chose to wear coordinated beige and embroidered ensembles, Aaradhya looked pretty in a red ethnic outfit.

In the viral video, the three of them are on stage along with another man and a woman. As the song plays, the three do one of the famous steps from the song. Minutes later, Aishwarya lovingly hugs her daughter. Particularly, noteworthy was Aaradhya’s delicate thumkas.

Also read: Kapil Sharma snaps at paparazzi as they rush to photograph him on wheelchair, they object to him swearing at them. Watch

In early January, Aishwarya, Abhishek and Aaradhya left for Hyderabad, where she was to shoot for her upcoming Tamil film, Ponniyin Selvan. That was the first time that the actor had stepped out of Mumbai in 10 months. After more than a month’s stay in Hyderabad, the actor returned to Mumbai earlier in February. At the airport, she was seen holding Aaradhya’s hand.

Last year, in July, the three of them and Amitabh Bachchan had contracted coronavirus and had to be admitted at Mumbai’s Nanavati hospital. The mother-daughter were the first to leave while Abhishek exited the hospital last after testing negative.

Aishwarya Rai Bachchan, Abhishek Bachchan, and their daughter Aaradhya were spotted at a recent wedding. Check their photos out here.

Aishwarya Rai shared a Valentine’s Day post with her daughter Aaradhya Bachchan on Sunday. The mother-daughter duo cut a chocolate cake and posed for selfies. 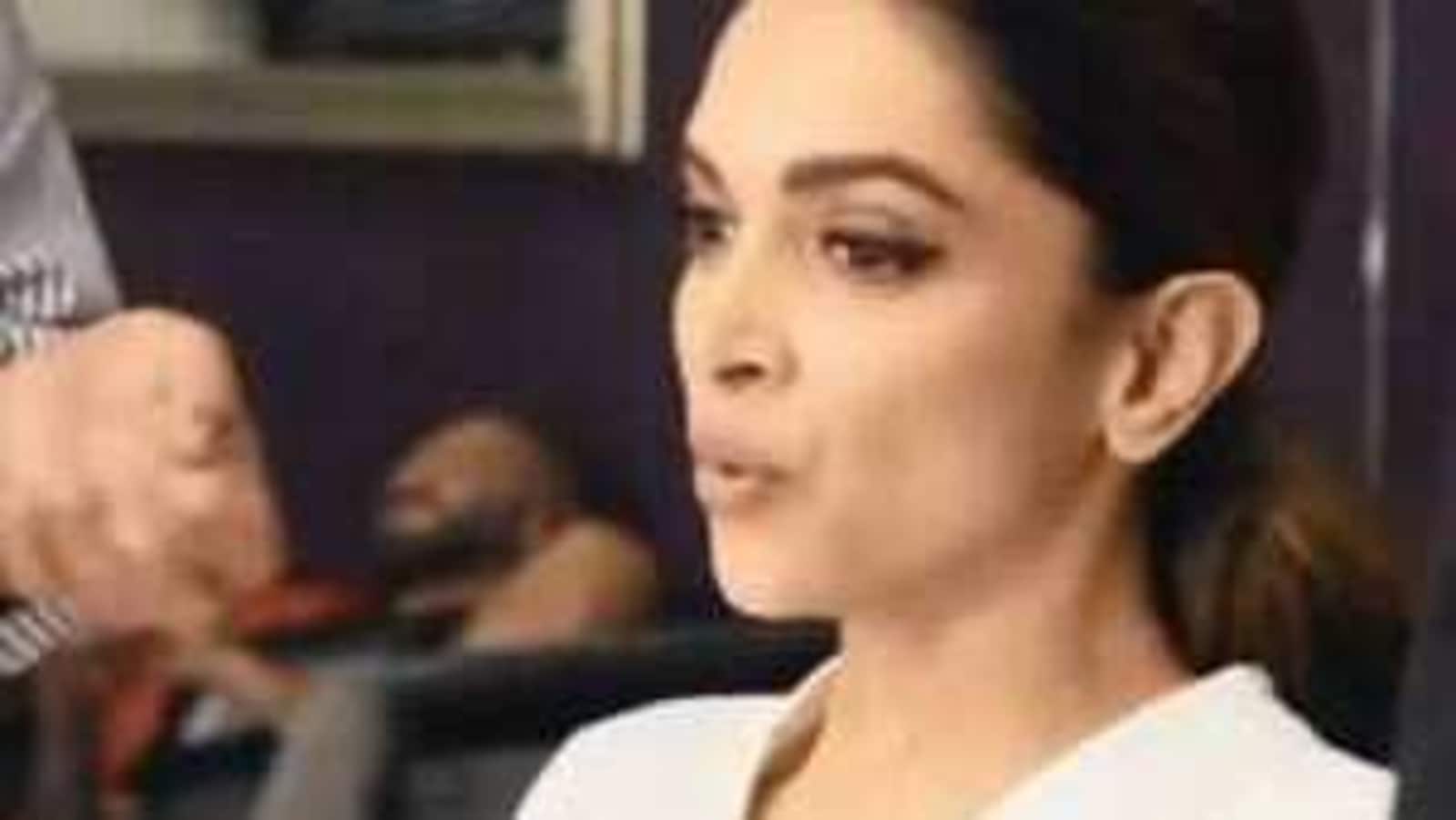 Karan Singh Grover and Surbhi Jyoti to return with Qubool Hai 2, this time as a web series on Zee5