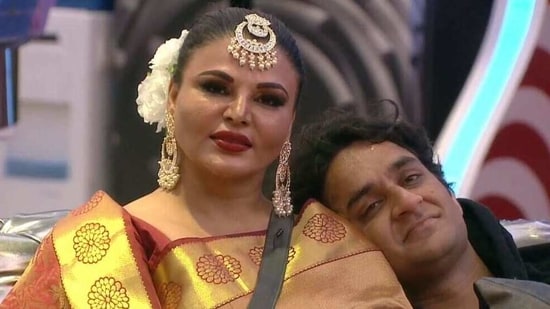 Bigg Boss 14 promo: While Rahul Vaidya and Abhinav Shukla will convince Arshi Khan and Rakhi Sawant to ditch their own teams, Vikas Gupta will exit the show.

Rakhi Sawant will be seen praying for a speedy recovery of Vikas Gupta, as Bigg Boss asks the housemates to pack his things up on Thursday’s episode of Bigg Boss 14. Arshi Khan, who often fought with him, was also seen crying.

The promo video for Thursday’s episode shows Rahul Vaidya trying to convince Arshi to ditch her own team (for the captaincy task) and favour him and Aly Goni. “Ek task ke liye bhool mat jana ghar me kaun apna hai (Do not forget your own people, just for a task),” he says. Arshi does not respond to him.

On the other side, Abhinav Shukla is also seen trying to entice Rakhi Sawant to switch sides. Rakhi and Abhinav lead the two teams fighting for captaincy this week.

Later, Vikas is seen crying, saying he is unwell. Soon, Bigg Boss announces that the housemates must pack bags for Vikas and Aly says, “Gaya Vikas (He is gone).”

Rakhi is seen praying for Vikas and even Arshi is seen crying. Interestingly, it was Arshi who played an important part in Vikas’ eviction the first time.

After entering the show as a challenger during mid-season finale last month, Vikas was kicked out of Bigg Boss 14 when he pushed Arshi into the swimming pool, following a fight. Bigg Boss 14: Eijaz kicks sofa after a fight with Vikas, Jasmin and Rakhi cry as they read letters from family

‘I paid Rs 100 crore to Aishwarya for one night’ – Former President of Pakistan! UP bypolls: Early trends show BJP leading in 5 seats, SP, independent in one each