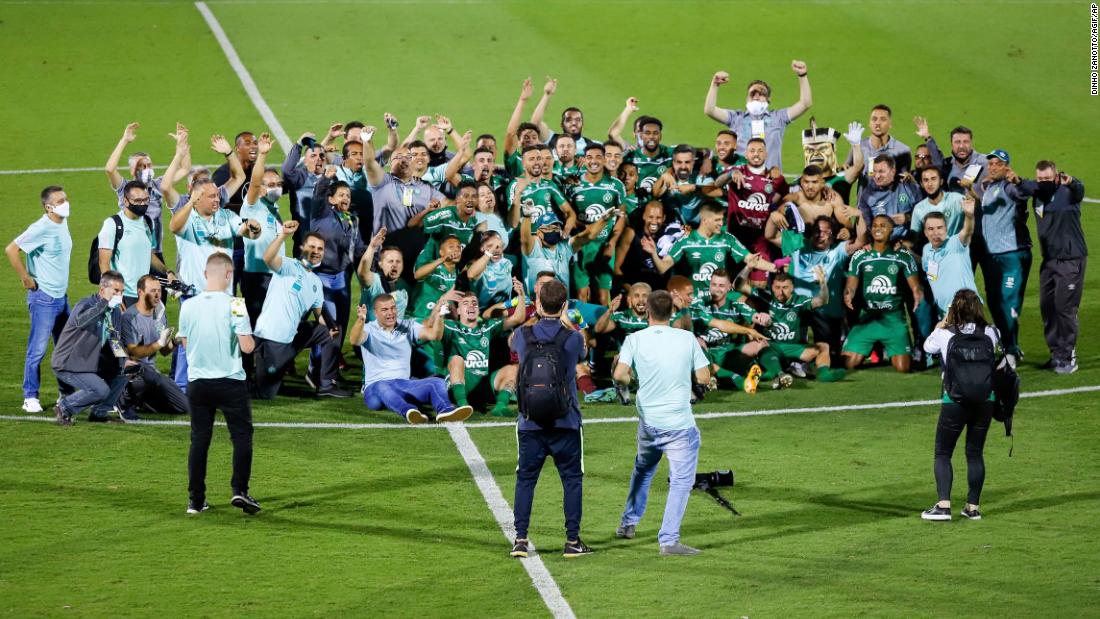 Chapecoense beat Figueirense 2-1 on Tuesday to guarantee a top four place in Serie B and an immediate return to the country’s top division following last season’s relegation.

On November 28, 2016, the plane carrying the club’s players and staff, as well as journalists, crashed near Medellín, Colombia, where the team was due to play the Copa Sudamericana final first-leg against Atletico Nacional, killing 71 of the 77 people on board.

The team was flying from Santa Cruz de la Sierra, in Bolivia, to Colombia when it crashed into a hillside. Nineteen players and 19 staff were killed. Just three players survived.

The disaster united the world of football in grief, with fans and clubs around the world stepping up to help Chapecoense in its time of need. Rival clubs in Brazil offered players on loan and Barcelona organized a charity match to raise funds for the club and the families affected.

Remarkably, Chapecoense avoided relegation for two consecutive seasons following the crash, but eventually went down to Serie B in 2019.

“WELCOME BACK. WE ARE IN SERIE A!” the club tweeted following its promotion. “It was not easy to get here. It was much harder than we imagined. With work, humility, dedication, unity and, above all, with the STRENGTH FROM ABOVE, Chapecoense kept its promise.”

In March 2019, Brazilian journalist Rafael Henzel, who survived the airplane crash, died at the age of 45.

According to Globo, Henzel suffered a heart attack while playing football in Chapeco and died after being rushed to hospital.

[১] In the first phase, 75 doctors and nurses were trained to be vaccinated