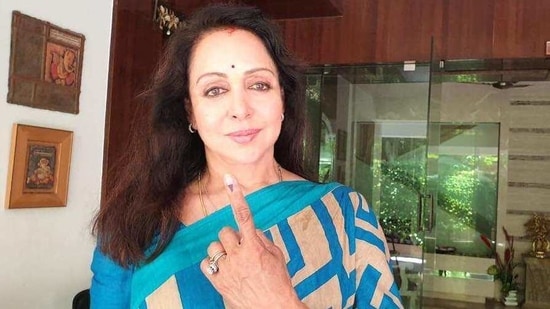 Actor-politician Hema Malini opened up about the ongoing farmers’ protest near the capital and said that they do not know what they want. She also claimed that the agitation is taking place at the behest of someone.

Hema, who is a BJP MP from Mathura, said that the central government wants to hear the concerns of the farmers but they are not ready to negotiate at all. She added that their unwillingness to sit down and talk is because they do not actually have any ‘mudda (issue)’.

Farmers across the country have been staging a massive protest against the government’s new agriculture laws, which they fear will leave them at the mercy of big corporations. Earlier this week, the Supreme Court stayed the implementation of the three laws until further orders and announced the formation of a committee to resolve the deadlock between the farmers’ unions and the Centre.

“Supreme Court ne rok lagayi hai, zaroori tha taaki shaant ho jaaye. Jo bhi baat karne aate hai, woh barabar maanne ko hi taiyaar nahi hai. Aur unko yeh bhi maalum nahi ki unko kya chahiye. Iss bill mein problem kya hai woh bhi samajh nahi rahe (The Supreme Court staying the implementation of the farm laws was important to placate the farmers. They are not willing to negotiate with anyone at all. They do not even know what they want or understand the problem they have with the bills),” Hema was quoted as saying by Times Now.

“Iska matlab hai kisi ke kehne pe yeh log kar rahe hai na? Apne aap se nahi kar rahe. Kitna nuksaan bhi karaya poore Punjab mein. Humari sarkar humesha bol rahi hai, ‘Aap aaiye, aapko kya chahiye bataiye.’ Lekin unke paas kuch mudda hi nahi hai (This obviously means the farmers are protesting because they are asked to do so and not on their own. Punjab suffered so many losses. Our government wants them to air their grievances and work towards a solution but they have no issue to talk about),” she added.

Meanwhile, Hema’s husband, actor Dharmendra, has been tweeting in support of the farmers. Last month, he wrote, “I am extremely in pain to see the suffering of my farmer brothers . Government should do something fast.”

On her husband Dharmendra’s 85th birthday, Hema Malini shares some throwback pictures and revealed the secret to their long relationship. See them here. ‘I hate this kind of woman’

Director Ananya Mamun and two others were granted bail

China Wanted to Show Off Its Vaccines. It’s Backfiring.